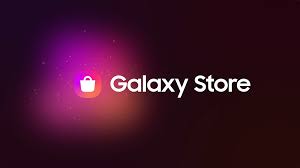 Cybersecurity firm NCC Group has shared details on two vulnerabilities in Samsung’s Galaxy Store that could be exploited to install applications or execute JavaScript code by launching a web page.

An alternative app marketplace, the Galaxy Store comes pre-installed on Samsung’s Android devices and can be used alongside Google Play to download and install software.

Tracked as CVE-2023-21433, the first of the vulnerabilities that NCC Group has identified could allow rogue applications on a device to download and install additional software from the Galaxy Store, without the user’s knowledge.

The issue is described as an improper access control flaw, where the app store contained an exported activity that failed to safely handle incoming intents. The bug, NCC explains, only impacted devices running Android 12 and older.

The second vulnerability, CVE-2023-21434, is described as an improper input validation issue that could allow a local attacker to execute JavaScript code by launching a web page.

“It was found that a webview within the Galaxy App Store contained a filter which limited which domains that webview could browse to. However, the filter was not properly configured, which would allow the webview to browse to an attacker-controlled domain,” NCC Group explains.

The vulnerability can be exploited by tapping a malicious URL in Chrome or a pre-installed rogue application, which would bypass existing URL filtering.

The cybersecurity firm has published proof-of-concept (PoC) code for both these vulnerabilities.

The security defects were reported to Samsung in November and December 2022. Both issues were addressed in Galaxy Store version 4.5.49.8.

Owners of Samsung devices running Android 12 or below are advised to update to the latest version of Galaxy Store as soon as possible.