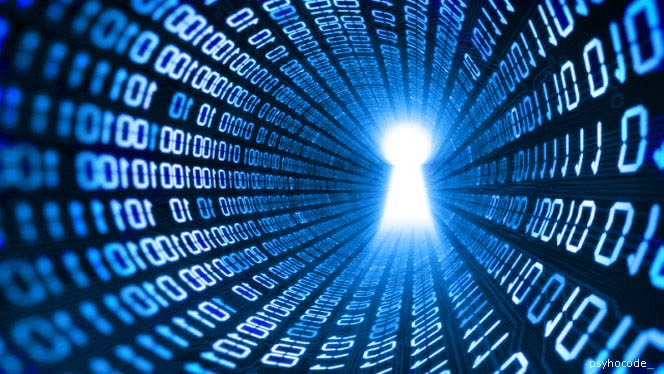 A new security audit the TrueCrypt software confirmed that even if it is plagued by some vulnerabilities, the application is effective when it comes to protecting data.

TrueCrypt, secure or insecure ... that is the question.

A group of Ten auditors from the Fraunhofer Institute for Secure Information Technology has conducted a six-month audit of TrueCrypt under contract from the German Government. The researchers have expressed a positive opinion of the popular freeware utility used for on-the-fly encryption (OTFE).

The experts have examined in detail the vulnerabilities affecting TrueCrypt and revealed that the popular application is safer than previous examinations suggest. The details of the analysis are included in a 77-page report, titled Security Analysis of TrueCrypt, that examined also extra vulnerabilities in the software.

The maintenance of TrueCrypt was mysteriously interrupted in May last year, a message on the official SourceForge-hosted page was encouraging users to adopt Microsoft Bitlocker because TrueCrypt was insecure. 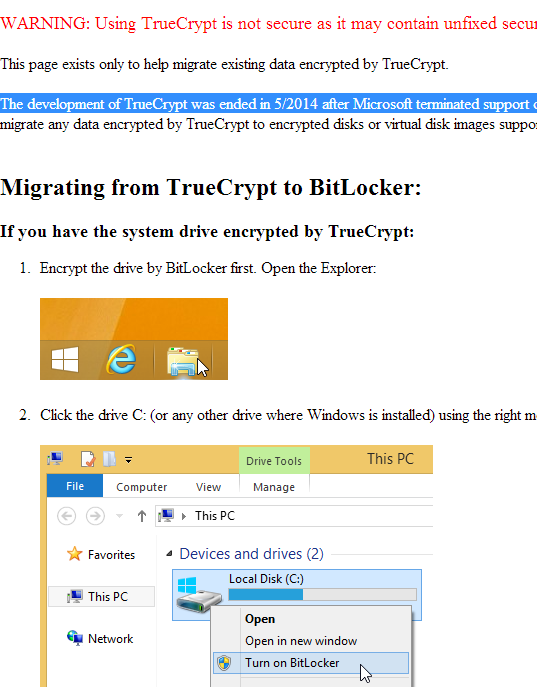 Rumors online states that developers were aware of a critical vulnerability or backdoor that would jeopardize the integrity of the software, and for this reason, they suspended the project.

Since then, a group of experts under the Open Crypto Audit Project who audited the software confirmed that it was "well-designed." The report published by the OCAP highlights that popular appl is affected by several buffer overflow vulnerabilities, but tests conducted by Fraunhofer SIT researchers have demonstrated that these vulnerabilities cannot be exploited by hackers.

In September, the popular hackers James Foreshaw has discovered further privilege escalation vulnerabilities that were not reported in the previous security audits of the software.

Now the group of experts hired by the Germany's Federal Office for Security in Information Technology has provided more details on the real level of security implemented by the encryption platform.

From a security standpoint, the group of researchers explained that despite there are security issued related to the software, it is good for protecting data stored on an unmounted hard drive or a USB flash drive.

"The AES implementation is not timing-resistant, key files are not used in a cryptographically secure way and the integrity of volume headers is not properly protected. There are many redundant implementations (sometimes for hardware-optimization) and disused algorithms are still present in a deactivated form in the source code," state the report.

According to the experts, TrueCrypt is not resilient to attacks in which the attackers have privileged access to a running system, but this is not a novelty.

The experts evaluated the software not optimal but still effective under specific circumstances.

"Overall, the analysis did not identify any evidence that the guaranteed encryption characteristics are not fulfilled in the implementation of TrueCrypt. In particular, a comparison of the cryptographic functions with reference implementations or test vectors did not identify any deviations. The application of cryptography in TrueCrypt is not optimal. The AES implementation is not timing-resistant, key files are not used in a cryptographically secure way and the integrity of volume headers is not properly protected."

"Our general conclusion is that TrueCrypt is safer than previous examinations suggest," wrote the Technische Universität Darmstadt professor Eric Bodden. "I would say that the TrueCrypt code base is probably alright for the most parts." "The flaws we found were minor, and similar flaws can occur also in any other implementation of cryptographic functions. In that sense TrueCrypt seems not better or worse than its alternatives." "Code quality could be improved, though, as there are some places that call for a refactoring and certainly for better documentation. But generally the software does what it was designed for."