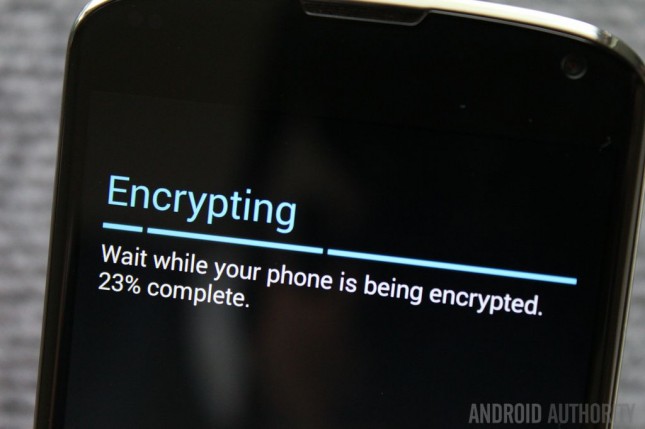 The Information Technology Industry Council (ITIC) on Thursday objected to weakening encryption used on smartphones, even as some officials in Washington favor doing so.

"After a horrific tragedy like the Paris attacks, we naturally search for solutions: weakening encryption is not a solution," said Dean Garfield, president of ITIC, in a statement provided to Reuters late Thursday.

Some experts and lawmakers have said Apple and Google, especially, should find ways to provide decryption keys for recent iPhones and Android phones that provide disk-level encryption. Those calls have grown louder in the wake of last week's terrorist attacks in Paris.

Apple has been especially defensive about that feature as a way to protect user privacy, noting a year ago that the decryption keys are only kept on a user's iPhone, out of the company's reach. That feature means that Apple would have to restructure how iOS works, not merely share keys that it has no access to.
Both Apple and Google have not commented on their views since the Paris attacks by ISIS that killed 129 people. Some companies have moved in recent days to shut down ISIS' online access to encrypted channels.

Members of the U.S. Senate Intelligence Committee have urged tech companies to help find ways to work around encrypted messages used by terrorists. Some officials, including FBI Director James Comey, have suggested updating the 1994 Communications Assistance for Law Enforcement Act (CALEA) to allow surveillance of new technologies such as email, Internet messages and social networking sites with a warrant from a judge.

The leaders of the Intelligence Committee have called for hearings and possible legislation. Former Defense Secretary Robert Gates on Thursday urged Congress and President Obama to ask the National Security Agency for insights on "adding capabilities in tracking potential terror plots" and said that Obama needs to have a "heart-to-heart talk" with tech companies to seek their help in working around encryption.

Even though official pressure is mounting, some privacy advocates have termed the renewed call to weaken encryption a smokescreen that could lessen privacy. Officials have not confirmed that encryption thwarted the tracking of ISIS members prior to the Paris attacks, they noted.