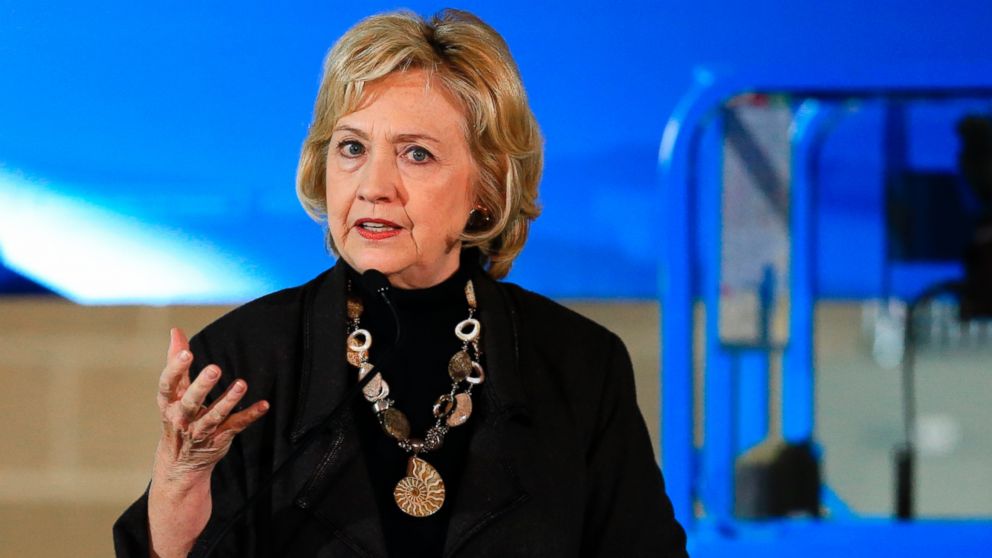 The US Government is expressing its concerns about the possible misuses of encryption that today represents a serious obstacle to the investigation of law enforcement and intelligence agencies.

The Manhattan Project was a research and development project conducted by the US in a joint effort with UK, and Canada that allowed the development of the first nuclear weapons during World War II.

Clinton hopes in a voluntary collaboration offered by the tech companies to provide back doors to their systems, but IT giants have already expressed their opposition.

"I would not want to go to that point," Clinton said.

"Maybe the backdoor isn't the right door," she continued, emphasizing that she trusted Apple and other companies on the problem with the idea of encrypted tech."

"I don't know enough about the technology to say what it is," Clinton said. "But I have a lot of confidence."

The need of a Manhattan Project for cybersecurity was debated for a long, the recent wave of data breaches (i.e. OPM, Sony Pictures and Anthem hacks

The concept behind the proposal it to involve best experts in the fight against cyber threats, anyway such kind of declarations do not find a practical fundamental.

Fortunately Clinton has mentioned any law to force tech companies to insert a backdoor in their products, I remind you that the presence of security holes could also be exploited by hackers and persistent attackers such as a nation-state actor.

Recently at a Senate hearing, the FBI Director James Comey called for tech companies currently providing users with end-to-end encryption to review "their business model" and stop implementing it.

The end-to-end encryption allows users to communicate securely on the internet making impossible for law enforcement to eavesdrop the traffic.

In the End-to-end Encryption model data is encrypted on the sender's system before passing it to the servers of the service provider, which turn the encrypted data to the intended recipient, who is the only entity who can decrypt it.