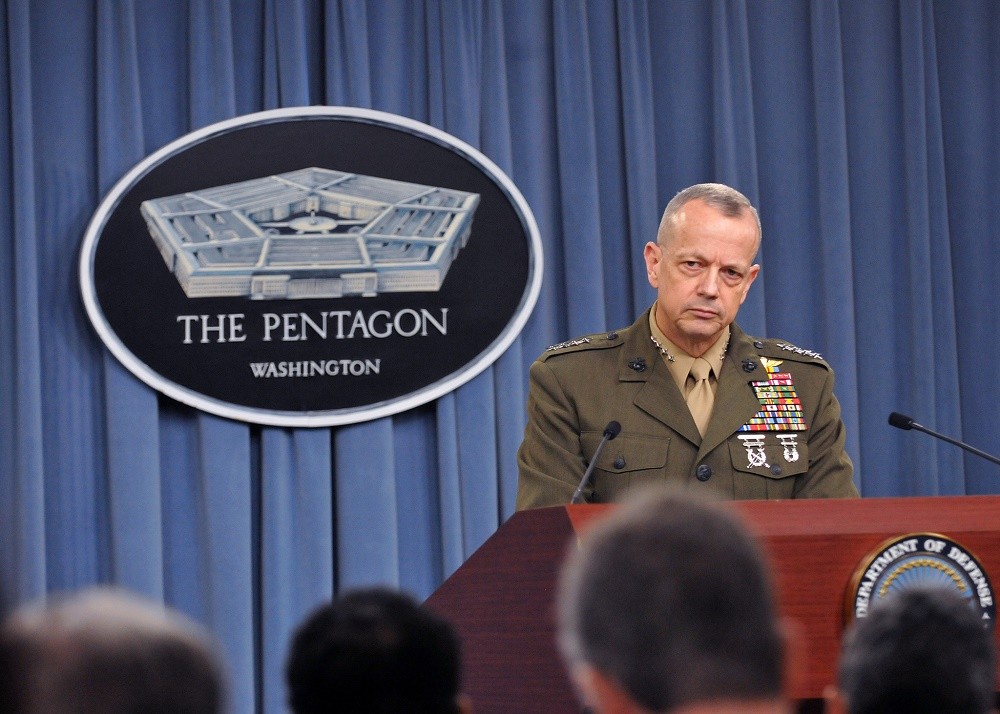 Another cyber attack hit computer systems at the Pentagon, this time the food court computers have been hacked exposing employees' bank information. 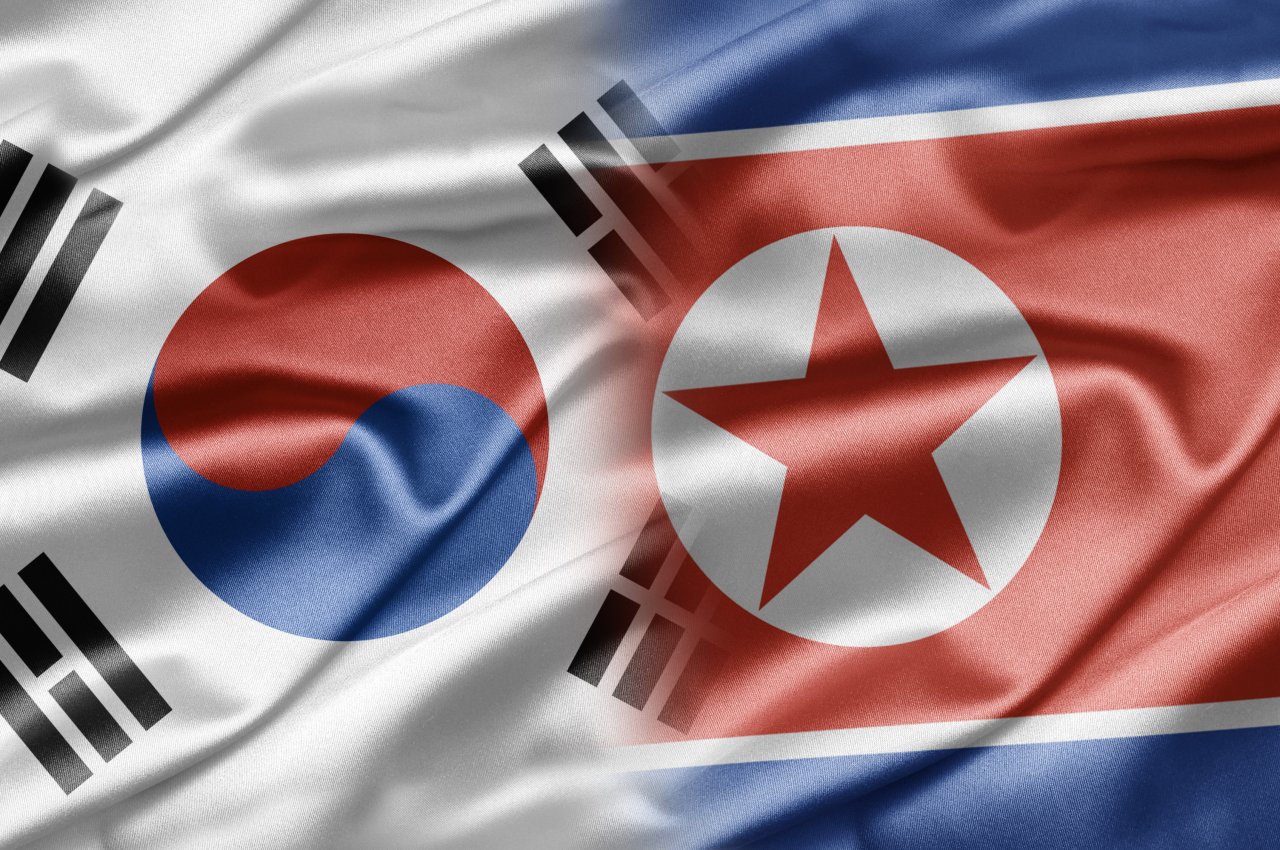 FireEye suspects that the North Korea is responsible for a number of attacks against the South Korea relying a 0day in the South most popular Word processor.
Security experts from FireEye speculate that The North Korea has carried out cyber attacks against entities of the South Korea by exploiting a zero-day ( CVE-2015-6585) in a word processing program widely used in that country, the Hangul Word Processor. 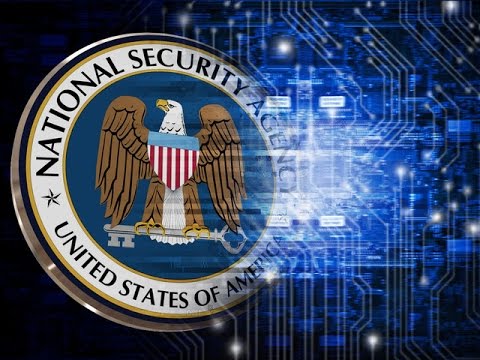 The US National Security Agency has used a unique, decades-old partnership with AT&T to snoop on Internet usage, according to newly disclosed documents leaked by Edward Snowden.

The documents provided by the former NSA contractor and reviewed by The New York Times and ProPublica described a "highly collaborative" telecom giant that demonstrated an "extreme willingness to help."

The Times said it was unclear whether the programs are still operational in the same way today. The documents were dated from 2003 to 2013.

AT&T granted the NSA access to billions of emails that traveled through its domestic networks, and helped the spy agency wiretap all online communications at United Nations headquarters, the documents show.

AT&T has provided the Internet line to the world body's headquarters.

Company spokesman Brad Burns insisted that "we do not provide information to any investigating authorities without a court order or other mandatory process other than if a person's life is in danger and time is of the essence."

"For example, in a kidnapping situation we could provide help tracking down called numbers to assist law enforcement," he told AFP.

In the documents, AT&T and other companies are not identified by name but rather codenamed.

One of the oldest programs, Fairview, was launched in 1985 and involves AT&T, the Times and ProPublica said, citing several former intelligence officials.

A Fairview fiber optic cable damaged during the 2011 Japan earthquake, for example, was repaired on the same date as an AT&T cable.

The program spied on the UN headquarters Internet line in response to an order by the special US Foreign Intelligence Surveillance Court, the documents show.

Washington has since told the UN it would not collect data on its communications.

Verizon and the former MCI -- which Verizon purchased in 2006 -- are part of another program, codenamed Stormbrew.

AT&T began providing to the NSA some 1.1 billion domestic cellphone calling records a day in 2011, after a "push to get this flow operational prior to the 10th anniversary of 9/11," the newly released documents showed.

That same year, the NSA spent $188.9 million on Fairview, more than twice the amount on the next-largest corporate program, Stormbrew ($66.8 million).

Intelligence officials had initially said that the phone calls the NSA had collected were mostly from landline, not cellular, phone records, after Snowden first revealed the wiretapping program.

NBC News reported Russian hackers have compromised computers at the Pentagon, an unclassified email system has been shut down in response of the attack.

According to the NBC news, US officials have reported that Russia launched a "sophisticated cyberattack" against the Pentagon's Joint Staff unclassified email system. The unclassified email system has been shut down and taken offline for two weeks. The officials added that the cyber attack compromised data belonging to 4,000 military and civilian personnel who work for the Joint Chiefs of Staff.

"According to the officials, the "sophisticated cyber intrusion" occurred sometime around July 25 and affected some 4,000 military and civilian personnel who work for the Joint Chiefs of Staff."states the NCB news.

According to sources close the investigation, it appears the cyber attack relied on a sort of automated system that gathered a massive amount of information in a short time and within a minute distributed it to thousands of accounts on the Internet. The officials also speculate on the possible source of the attack, they stated that Russian hackers are the responsible for the sophisticated intrusion that relied on "encrypted accounts on social media."

The officials did not provide further information on the attackers, it is not clear if the Russian Government backed the hackers. The nature of the attack and of the chosen target suggest the involvement of a state actor as confirmed by the official.

"It was clearly the work of a state actor," the officials say.

At the time I was writing no classified information was compromised by hackers, the attackers took over only unclassified email accounts.

The decision to shut down the email system is the response of the US Government to the attack, the system should be back online before the end of this week. 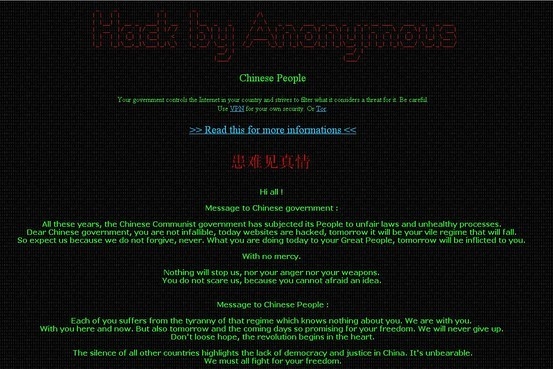 Hacktivist group Anonymous has turned its sights on China, reportedly defacing hundreds of Chinese websites, including a handful of local Chinese government websites over the past few days. 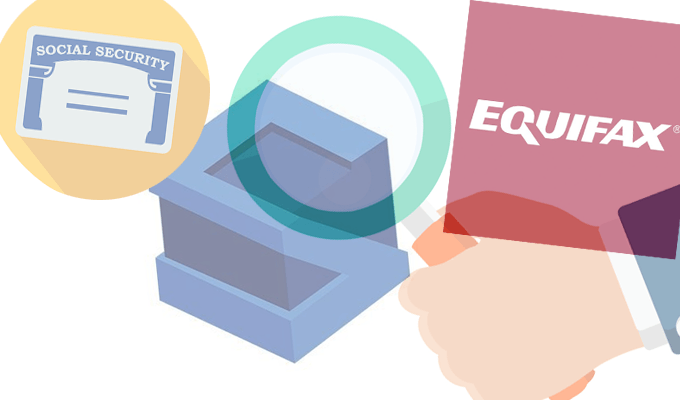