According to the Australian Broadcasting Corporation (ABC) Chinese hackers have conducted a major attack on a supercomputer operated by Australia's Bureau of Meteorology (BoM).

"China is being blamed for a major cyber attack on the computers at the Bureau of Meteorology, which has compromised sensitive systems across the Federal Government." states the ABC. "The bureau owns one of Australia's largest supercomputers and provides critical information to a host of agencies. Its systems straddle the nation, including one link into the Department of Defence at Russell Offices in Canberra."

The systems at the Bureau of Meteorology elaborate a huge quantity of information and weather data that are provided to various industries, including the military one.

The consequence of a cyber attack on such kind of systems could represent a menace to the homeland security.

The supercomputer targeted by the hackers is also used to provide weather data to defence agencies, its disclosure could give a significant advantage to a persistent attacker for numerous reasons. 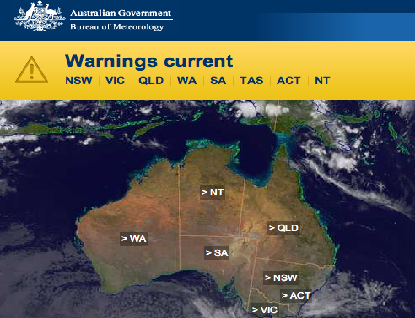 For example, an attacker can gather information on defense operations, defense personnel involved and so on. A threat actor could compromise systems at the bureau to access computers at other agencies exploiting it as a gateway to other entities.

"But the ABC has been told this is a "massive" breach and one official said there was little doubt where it came from. "It's China," the post continues. The motivation for the attack on the bureau could be commercial, strategic or both. The bureau is a critical national resource and another state would place a high value on its intellectual property and scientific research. In the event of a conflict, compromising Australia's ability to accurately forecast weather would affect the operation of military and commercial aircraft."

According to the Vulture South's team, a well-placed source confirmed remote code execution took place at the Bureau of Meteorology.

Australia is one of the members of the Five Eyes intelligence alliance, government systems are a privileged target for state-sponsored hackers and organized criminal rings specialized in attacks on government networks.

A spokesman for Prime Minister Malcolm Turnbull said a range of adversaries, including "state-sponsored actors and serious organized criminals", were motivated to attack government networks.

"The Government's aware of a press report that the Bureau has been the subject of a cyber attack," the spokesperson said in a statement, adding the Government would not comment on specific cases." said a spokesman for Prime Minister Malcolm Turnbull. "The Government takes any cyber attacks seriously and is currently reviewing its cyber security policy."

At the time I was writing the bureau confirmed that its systems were working.

"Like all government agencies, we work closely with the Australian Government security agencies," it said in a statement. ""The bureau's systems are fully operational and the bureau continues to provide reliable, ongoing access to high-quality weather, climate, water and oceans information to its stakeholders."